Are you a king in League of Legends, CS:GO or DOTA already? If you want to feel like a king in front of your PC anyway, DXRacer has the right gaming chair for you: the DXRacer King Series (also known as K-Series)! The reason behind the name is a different one though: The King Series is a true giant in DXRacer’s product lineup, being one of the biggest gaming chairs on the market. Are you worthy enough (or rather big enough) to fit on the DXRacer King though? Let’s find out!


Check out the DXRacer King on Amazon!

Is the DXRacer King Series right for you?

If you’ve paid attention in history class then you should know that a king needs a throne. DXRacer has lots of different gaming chairs for average sized gamers, but these might not fit for you if you’re taller and / or heavier than average gamers are. Here’s the ideal body size and weight you should have for the King Series – if you’re smaller, you might want to look at the Formula Series or Racing Series.

The King Series is definitely off the charts: it’s perfect for you if you’re tall! Officially DXRacer says the King Series works for gamers up to 6’3“ (1.90m for our metric friends), but from our experience even 6’6“ (2.00m) is perfectly comfortable as well (thanks to our friend Andy who is 6’6“ tall). If you’re an aspiring NBA Center with the corresponding body size, the King Series might just be perfect for you!

How do you phrase this without hurting anyone’s feelings…well, let me try it this way: If you’re bulking like crazy or you’re focussing on your career as a Japanese Sumo Wrestler right now, the King Series might be an awesome choice for you! Lots of DXRacer models only support gamers up to 220 or 260 lbs, but the King series goes to 11! Well, not to 11 – but up to 300 lbs, so even our really heavy gaming bros will have the perfect seat for hours of gaming. If you’re even heavier – you can still go for the Tank Series.

All DXRacer chairs have the same set of basic features, which are still outstanding when comparing them to cheaper seats:

Features of the DXRacer King Series

Every gamer is different, and so are the DXRacer series. Here’s what makes the King Series stand out besides its size!

As already mentioned above, the King Series has an extra wide seat and back rest so even the strongest gamers find enough space. The reason to mention this is quite important: if you’re a bit heavier, your back might not fit well into the ergonomic back rest of regular DXRacer chairs – and you might feel uncomfortable. That’s where the King Series comes in with its extra wide seat!

The King Series has the so-called ‘4D arm rests’ which go way beyond adjusting their height: you can additionally rotate them basically around all axes to make them perfectly fit for you.

Lots of weight needs a solid base: the King Series has a reinforced aluminum base which is even stronger than the regular DXRacer ones. This thing will NOT break.

Even though the King Series has to carry A LOT of weight for long hours, the back rest can still be reclined by up to 135 degrees without any harm to the chair. Perfect for that power nap in between games!


Check out the DXRacer King on Amazon! 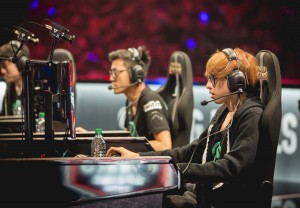 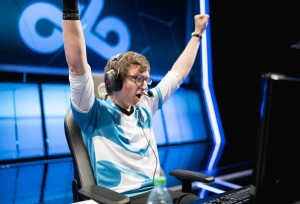 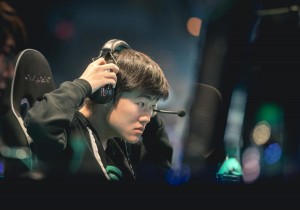 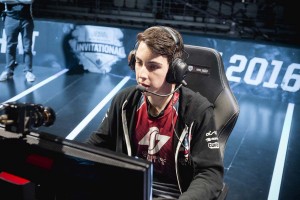